Best view of Earth ever

Via Phil Plait, here is an amazing timelapse series taken from the International Space Station and assembled by James Drake as it flies over the Americas from north to south during the night:

The timelapse starts over the clouded North Pacific and moves toward the west coast of the United States, where one can see the yellow lights of civilization.  The space station continues over California and then Meixco.  Off the coast of Mexico, one can see thunderstorms with the flashes of lighting illuminating vast swaths of cloud and these thunderstorms continue off the coast of Central America until the space station reaches South America.  It traces along the Andes until it reaches Chile, at which point, the sun rises, flooding the camera and ending the movie.

I highly recommend watching it.

As today is the tenth anniversary of the attacks on the World Trade Center and the Pentagon as well as the crash of United Airlines Flight 93, I thought it would be appropriate to mark this moment of solemn remembrance with a brief post.

Canada just held its federal election, triggered by a political scandal concerning the conduct of the previous election, and it appears that the results have been disastrous for Canada’s opposition Liberal Party.  In the past few weeks, the New Democrat Party, a left-populist party with socialist roots, surged into a strong second place, displacing the Liberals as the major nation-wide left-leaning party.  In the reshuffle, the Conservative Party managed to win enough seats to hold a majority in the House of Commons, giving them a much stronger hold on the government, one that does not require the support of opposition parties.

An important point of note in Canadian elections is that MPs are chosen in much the same way as their counterparts in the UK House of Commons and Representatives in the United States House of Representatives:  by single member district plurality.  What this means is that even with only about 40% of the vote, the Conservative Party was able to secure a majority of the seats because votes only count toward district results.

While this was a spectacular loss for the Liberals, including the loss of their leader Michael Ignatieff’s seat to Conservative opponent Bernard Trottier, the political realignment also resulted in the toppling of Bloc Québécquois, the French-speaking secessionist party whose significant presence in the Canadian Parliament has permitted the presence of minority governments as no other party was willing to form a coalition with the Bloc.  As of this posting, it appears that they will hold on to 3 of their current total of 49 seats.

The end of an era

So long as I’m commenting on foreign policy matters, I might as well devote a short post to the big news from yesterday that U.S. special forces found and killed Osama bin Laden in Abbottabad, Pakistan.  The title of this post is semi-ironic.  I would hope that with the death of bin Laden at American hands, our country could move on from the attitudes that we have developed in reaction to the September 11 attacks.  I’m not optimistic on that front, but I’ve been surprised before.

In summary (for those of you without a spare hour on your hands), both men were opposed to the intervention in Libya from the start and if you look a few posts down, I had reservations about it myself, so I’m essentially sharing a discussion from two individuals reflecting my own views.  I think, as these two gentlemen do, that the intervention was imprudent and that the events that have transpired since them have largely borne out this judgment.

I have joined the United States Navy 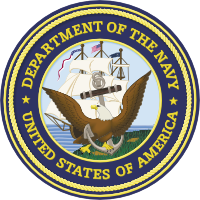 Today, I affirmed the United States oath of enlistment and officially joined the United States Navy.  I am currently set to ship out in December, but that could change in the coming days, weeks, or months.  I don’t have much to write, suffice it to say that I’m a bit tired after a long day of tests, paperwork, and medical examinations.

What Americans should fear most

I’ve been thinking about the statement that Newt Gingrich made in front of John Hagee’s Cornerstone Church church last month:

I have two grandchildren — Maggie is 11, Robert is 9. I am convinced that if we do not decisively win the struggle over the nature of America, by the time they’re my age they will be in a secular atheist country, potentially one dominated by radical Islamists and with no understanding of what it once meant to be an American.

While this may seem like a nonsensical vision, taken in the context of this political advertisement from last year’s congressional election:

It is clear that the future which Gingrich described is one where Americans worship Chinese Allah:

What a fearsome future that would be.

Wired Science has a short piece on the Solar Dynamics Observatory‘s eclipse season and features an image of a partially occluded sun, much like the one below.

As the article describes, the shadow of the Earth does not form a clean, smooth arc across the image of the sun as does the Moon because the Earth has an atmosphere, which has variable thickness and does not block the extreme ultraviolet light that SDO detects as efficiently as lunar rock. END_OF_DOCUMENT_TOKEN_TO_BE_REPLACED 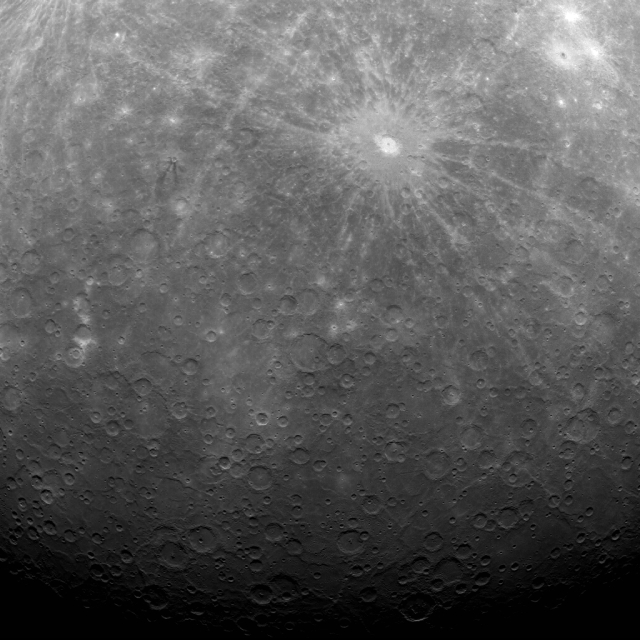 Yesterday, the MESSENGER spacecraft released the above image as the first of the main stage of its mission, orbiting around the innermost planet and surveying the surface.  When that’s complete, we will have the first complete detailed map of the surface of Mercury.

Last year, I pointed to an interactive racial/ethnic dot map modeled on the maps of Eric Fischer that The New York Times had created using the Census projections available at the time.  With the release of the 2010 Census data, they’ve really outdone themselves, with a suite of interactive maps including but certainly not limited to the dot map.

There are a set of choropleth maps showing racial pluralities as above as well is distributions for specific groups, more general population maps, and vacant housing maps.  If you enjoy digging through such maps, I highly recommend that you check it out.